What does the sound of the car stereo depend on? How can I improve the sound?

The quality and volume of the music in the car is not only influenced by the amount of money invested in the acoustics. In most cases it is possible to noticeably improve the acoustics of the car without much cost. And some of the steps described in this article are free, but, as practice shows, very effective.

First, you need to understand the characteristics of your stereo and speakers. Whether all the equipment in your car is in working order. You may need to consider buying a new car stereo with Bluetooth or other components in your car.

The main thing in this case is understanding that the quality and volume of music in the car depends on many factors, and therefore it is necessary to take a complex approach to their improvement. That is, you cannot just stuff a big subwoofer in the trunk and hope for sharp improvement of the situation. Yes, maybe the bass will appear. But the general quality of acoustics will hardly improve only due to this step.

It may be a revelation for some people, but the very first step to improve the music in the car does not concern the acoustic system at all. Anyway, you should always start from the vibration and noise insulation. If everything is bad in this respect – no amplifiers and subwoofers will help you to move towards quality.

How vibration and noise insulation affects the music in the car

Extraneous noises that are not music (running engine, rattling casing, rustling tires) are nothing but sound waves. Music played by the acoustics is also sound waves. When there is insufficient vibration and noise insulation in the car, these two types of sound waves mix up. As a result, a part of useful sound, emitted by speakers, is compensated by parasitic noises. That is, roughly speaking, some ranges of music signal frequencies are simply “lost”.

As a result, our ears are exposed to both music and noise while driving. It is only natural that the abilities of the human ear are insufficient to filter out the useful sounds from the noises. Therefore, it seems to us that the music sounds quieter (although, in fact, we have not changed its volume). In addition, it is very “dirty”, because some of the sound frequencies are drowned out by noise of the same frequency.

It is also worth mentioning that vibration isolation and noise isolation influence the perception of music in the car almost equally, but they are absolutely different things. Let’s briefly consider the difference.

Vibration isolation is designed to damp the vibrations. In the car, their sources are many – it is the metal body, body parts and plastic interior trim. Vibrations are transmitted to all of this from the engine and suspension. As a result, all of the above works just like the diaphragms in speakers, emitting sounds. Parasitic sounds, which deteriorate the sound quality and “lower” the volume of the acoustics.

Noise insulation is designed to damp the noise that enters the cabin from the outside. The sources of such noise in the case of the car are many. This is a running engine, and banging suspension, and hissing rubber, and passing cars, and oncoming air flow, and so on. All this noise, penetrating into the cabin, is also superimposed on the music, muting some of its frequencies. It seems to us that the stereo just starts playing quieter.

The material, capable of detaining parasitic sound waves, allows you to combat this kind of noise. Unlike vibration isolation, it works anywhere. It doesn’t even have to be attached directly to surfaces. Parasitic sound waves are “lost” in the fibrous structure of the noise insulation, weakening or attenuating altogether.

In order to finish the topic of noise- and vibration isolation it is necessary to mention that it must be made only from those places where the music in the car comes from. That is even if you isolate the front doors and the trunk compartment with a good quality vibration isolation, even after that the sound of the acoustic system in your car will improve noticeably. Although ideally, of course, it is necessary to remove any parasitic noises, so they do not mix with the music, do not muffle it and do not distort it.

Revision of the car stereo

The next important factor that affects the volume and sound quality of the music in the car is the car stereo. There are two ways to improve it. The first is to buy a more expensive boombox, and a well-known brand. The second is to revise the existing device. If with the first way everything is clear, then on the second it will be useful to stop in details.

Significantly improve the existing radio by replacing only a few parts. Especially the actions described below are effective with budget models, during the assembly of which the manufacturer has saved a lot.

If you don’t have a basic understanding of soldering and how radio components look like, it’s better to refuse this way of improvement. At most, ask someone who knows about it.

“Dig” in the following directions. First, you need to improve the temperature of the main chip of the boombox. As a rule, in inexpensive models they are installed directly on the case without any heat sinks. And this leads to the fact that the chip overheats, as a result distorts the sound, works jerkily and so on. If you can not add a heatsink because of the design of the boombox, a positive effect can be achieved by refreshing the thermal paste, through which the heat is transferred to the heatsink or the case.

Basically, this is all that can be done with the radio without going into radio electronics.

For normal sound of music in the car is enough only four regular speakers. However, all of them must meet a number of requirements:

Unshielded wires – will “trap” extraneous radio interference.
The front of the speakers should be tightly sealed from the rear. If the fit is not airtight, the sound waves radiating inside the doors or trunk will penetrate into the cabin and cancel out the waves we are listening to.

A freestanding sound amplifier is not only capable of amplifying the volume of the music in the car, as many believe. Its presence also has a positive effect on sound quality. This happens because the system begins to work not at its maximum capacity, and in normal mode. Built-in inexpensive boomboxes amplifier (the main chip) at more or less decent volume often works not only at the limit of its ability, but also far beyond.

Only after you have passed all the above steps, you can hope to improve the sound quality of music in your car by installing a subwoofer. It should be taken into account that a passive subwoofer will turn out to be absolutely useless box in a trunk without an additional amplifier. If you choose the configuration of the equipment properly, the sound in your car will become louder, of higher quality and richer, and the bass will be deep. 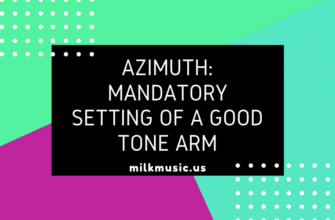 Vinyl Record Players
Azimuth: Mandatory Setting of a Good Tone Arm
The most obvious production defects can usually be
0 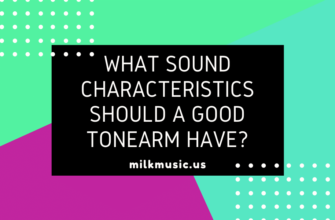 Vinyl Record Players
What Sound Characteristics should a Good Tonearm Have?
Good question, should a tonearm sound at all?
0 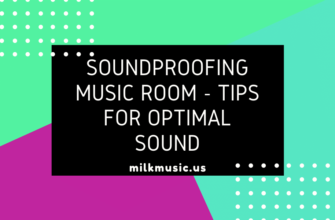 Room Acoustics
Soundproofing Music Room – Tips for Optimal Sound
Anyone who likes to make music knows the problem: the
0 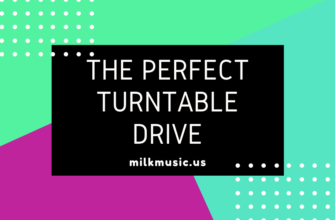 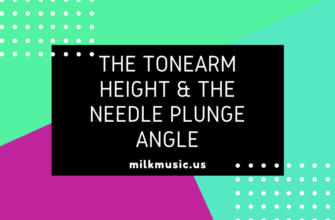 Vinyl Record Players
How to Choose the Best Turntable
You already know that everything old comes back into fashion.
0